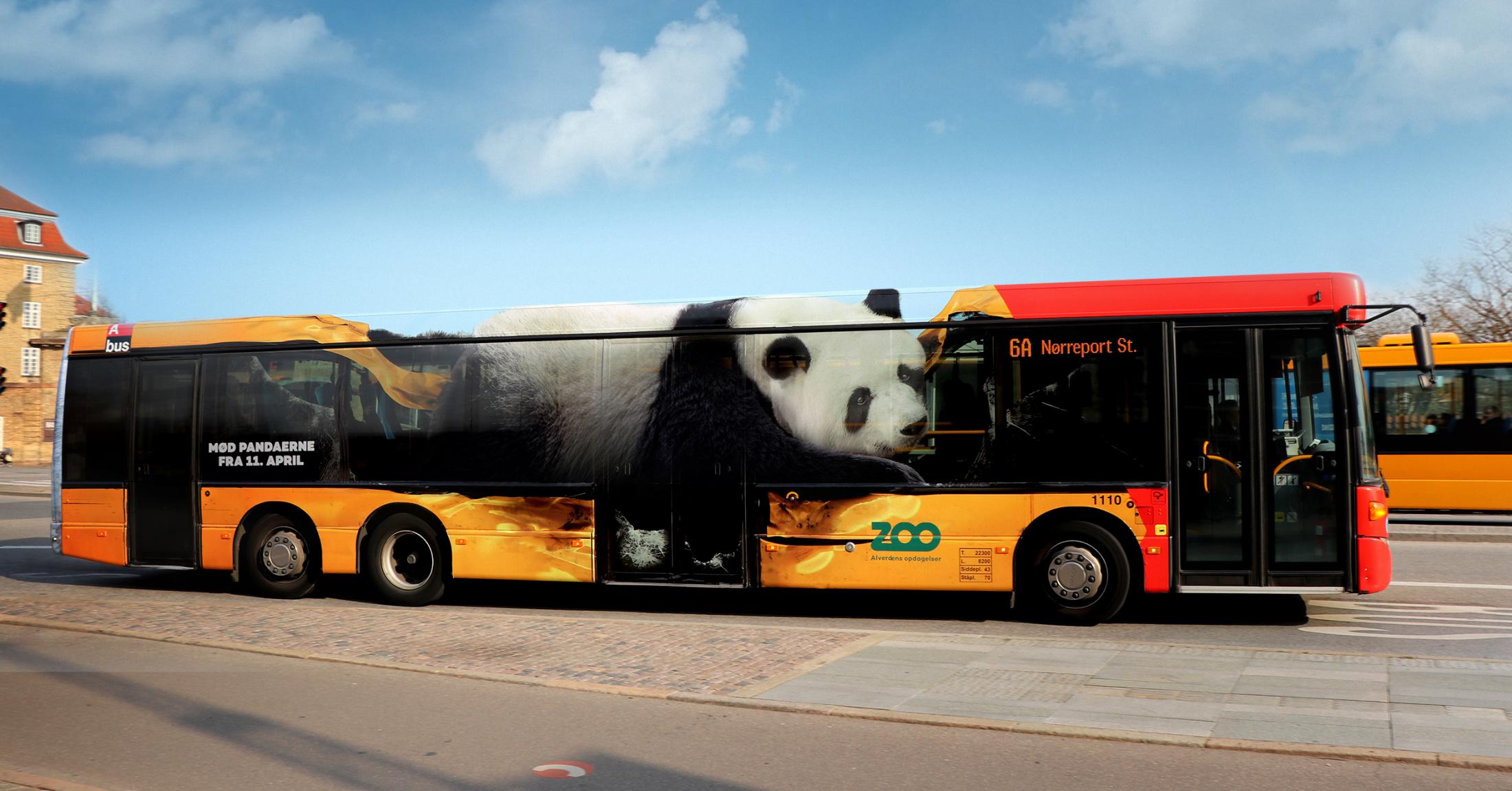 Ambient marketing or ambient advertising is a highly creative communication strategy, which effectiveness, especially in terms of brand awareness and brand recognition, can be very high. In this article we explain what it is and its advantages, presenting also some examples of really successful ambient marketing campaigns that show that often you don’t need a big budget to create a successful marketing campaign but only creativity.

In marketing and advertising it is not enough to have the right message if we are not able to communicate it in such a way as to attract the attention of our audience: the countless stimuli to which we are subjected every day have lowered our attention threshold, making it more and more difficult to leave the mark on consumers. In fact, if in the 70s a person saw an average of 700 advertisements per day, today it is estimated that this number is between 6,000 and 10,000 advertisements per day.

The advent of digital and lower entry budgets have allowed companies to approach advertising. If on the one hand, this is an advantage precisely because everyone can potentially make themselves known, on the other, standing out from the crowd became more and more difficult.

As it often happens, the key to capturing the attention of our target lies in innovation, creativity, in the creation of something unconventional, which breaks the mold we are now used to. And one of the most unconventional and creative forms of communication is ambient marketing.

Let’s see what it is and why brands should consider it.

What is ambient marketing

Ambient marketing or ambient advertising consists of placing advertisements in unusual places, where we would not expect to see an advertisement. Its purpose is in fact precisely that of catching passing people by surprise, in order to communicate a specific message to consumers and activate the mechanisms of brand awareness and brand recognition.

The peculiarity of ambient marketing is disruption, i.e., the creation of an interruption in the everyday scenario with something that initially seems out of place but that actually integrates perfectly with the space that hosts it, playing and communicating with the surrounding environment.

Ambient marketing also gives a nod to guerrilla marketing, which takes its name from a war tactic that involves assaults and ambushes. Therefore, the name itself evokes a highly disruptive, unusual and surprising form of communication. If we were to find a substantial difference between ambient and guerrilla marketing, it is that the latter can exploit the environment as a field of action, while for ambient marketing, as the name suggests, the environment and the interaction of the message with it are basic requirements.

The advantages of ambient marketing

The message communicated through an ambient marketing campaign does not end in the environment that hosts it, quite the contrary. The sensationalism of this type of advertising campaigns often has a strong feedback online, as well, where they end up spreading like wildfire, reaching an even wider audience. Moreover, the interaction of the public with the advertising can generate further buzz and turn into additional material to be exploited later on, both online and offline.

Brands that want to leverage the great potential of ambient marketing, offering consumers a more experiential form of promotion, can include it in their marketing strategies. Furthermore, as we will see shortly with some examples, if well designed, ambient marketing does not require very high budgets but only a lot of creativity.

But what are the advantages of a well-designed ambient marketing campaign? Here are a few.

Branding and capturing the audience’s attention

Imagine walking down the street in your city, looking up and finding a huge pack of Crayola crayons falling off the roof of a building. This would surely grab your attention. Not only that, a message with such a strong visual impact would help increase awareness of the brand and the product, even if just out of curiosity, perhaps pushing us to do some research on that brand. And even if we won’t immediately buy that pack of crayons, surely such a message is able to leave a mark on us, activating the brand recognition and association mechanism on later occasions.

In addition to reminding us of the brand, if we found a pack of crayons on the roof of a building, in all likelihood one of the first things we would do would be taking out our smartphone and snapping some pictures to add to our stories, perhaps tagging the company, or to share with our contacts. And sharing, especially on social platforms, can make a content viral, spreading a brand or product to a potentially unlimited audience.

As paradoxical as it may seem, despite the fact that an ambient marketing campaign is created with the aim of attracting attention in a disruptive way, this format is less intrusive than, for example, a pop-up that interrupts us while we’re reading an online article: it is the consumer who decides whether or not to give it attention, and to what extent. If we think back to what we said at the beginning of this article, that is, that the average user is subjected to an enormous amount of advertising every day, the fact that ambient advertising does not force users to see it – interrupting the fruition of a content or an activity – could play in our favour, especially in terms of branding.

As we already pointed out, ambient marketing, being usually placed in high-traffic areas, allows us to reach a wider audience, which gets even wider if we count the digital shares from both the brand and, above all, the customers.

In addition to Crayola, many other brands have invested in ambient advertising, regaling us with some of the most creative and surprising campaigns, which show that more often than not, the real key to engage with the audience is having the right idea with the right amount of creativity. Let’s see some of these ads!

To make pedestrians wait for the green light rather than risking crossing the street with a red light, smart decided to entertain them with a “dancing traffic light”. The dance steps were nothing more than the movements of the passers-by themselves.

Under the motto “Entre em forma”, this Brazilian gym has exploited the effect of an elevator’s opening doors to promote its fitness centre.

Love it. Hate it. Be careful with it. That’s the slogan of this ad for Marmite’s Dynamite chili sauce, which explosiveness is there for all to see.

In order to raise awareness about the abandonment of animals, a very widespread problem in Brazil, Brazilian NGO Tobas Latas has created this simple but impactful installation:

To celebrate the reopening of one of Primark’s flagship stores in the US, the clothing brand filled gigantic versions of its bags with clothes and accessories, transforming shoppers and employees into walking billboards announcing the grand reopening with ironic and amusing messages written on the bags.

To celebrate the release of the third season of the series Money Heist (La Casa de Papel), Netflix has transformed the famous middle finger statue by Maurizio Cattelan, located in Milan’s stock exchange headquarter Piazza Affari, into an extension of a statue of the red-hooded and Dalì-masked thief made famous by the series. Furthermore, two night before the official release, the first two episodes were aired in the square, surprising more than 5,000 fans, who gathered in front of the statue to watch them.

Over the entire launch period, July 18-22, more than 57,300 social posts were published, generating over 1.6 million interactions.

But this isn’t Netflix’s only ambient marketing campaign. Precisely because of the success that this type of advertising has, the leading internet TV company increasingly invests in innovative communication and marketing strategies. The most recent dates back to a few days ago: to promote the Sherlock Homes’ spin-off “The Irregulars”, Netflix installed on the facade of the Baker Street subway station a flock of ravens, which is a particular detail of one of the characters in the series. In addition, a statue of the detective, also covered with ravens, was installed in front of the station.

When a simple billboard was not enough to attract the attention of university students and convince them to get a flu shot, MiraCosta College thought of creating an interactive advertisement with 148 boxes of paper tissues available to anyone who passed by. Within hours, this simple, low-budget initiative turned into a fun, interactive, and memorable experiential campaign that led several teens to turn to student health services.

As some of the examples above have shown, ambient marketing does not necessarily mean having to invest huge budgets in an advertising campaign but rather making that campaign so memorable, even in its simplicity, that it leaves its mark on those who witness it.

And if at first it could be considered a more suitable format for B2C marketing, it can also be employed in B2B marketing, as well, especially if the environment of choice (I imagine, for example, a trade fair) brings together a specific target in a single place.

Therefore, as anticipated at the beginning of the article, the real key is creativity. By giving free rein to it, the results, both in terms of implementation and return on investment, could really surprise you.

What do you think of this form of communication? Do you think it can be effective to build customer loyalty in the long run? Would you adopt it for the communication of your brand? Let us know what you think by leaving a comment below and contact us to learn about our marketing and communication services.