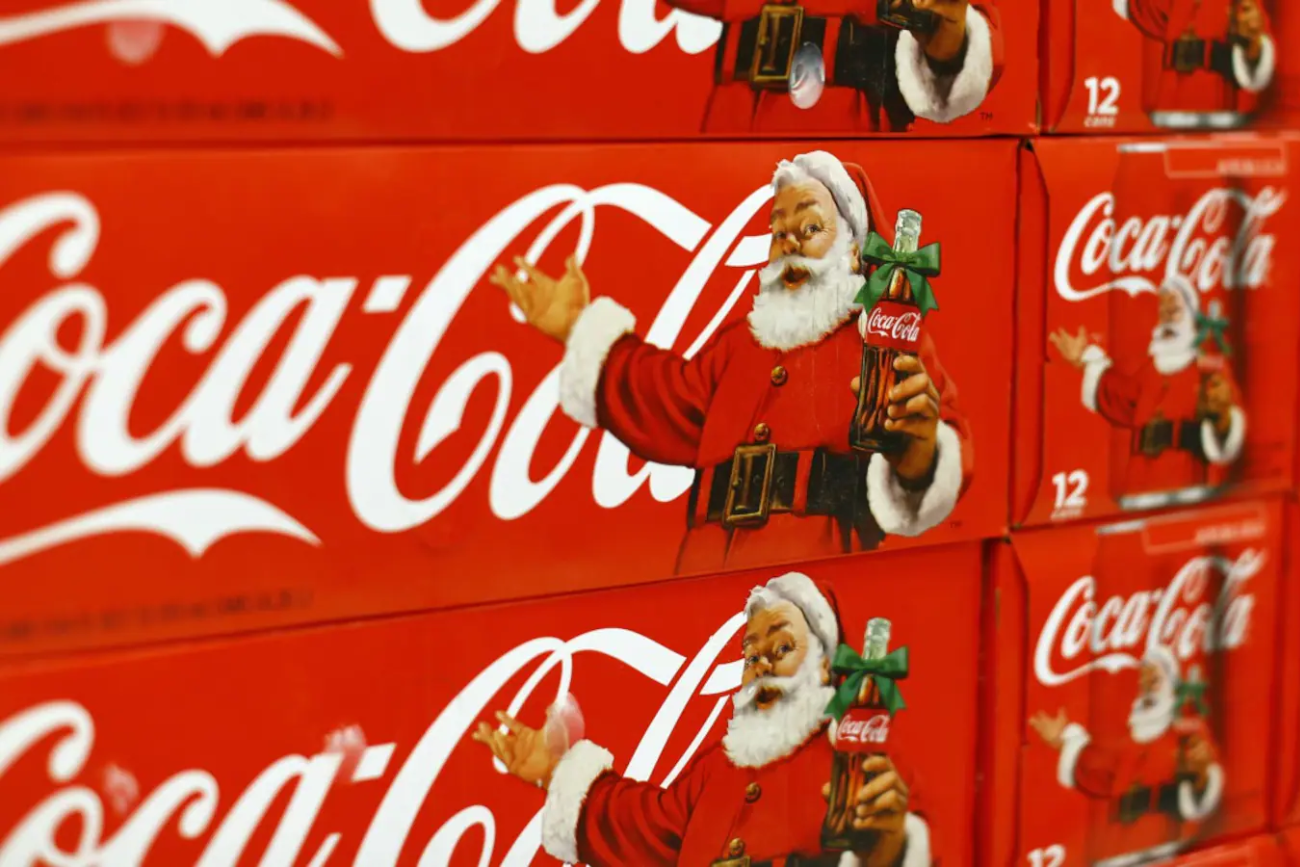 One of the most iconic figures of the Christmas time is undoubtedly Santa Claus, the chubby and likeable man who delivers gifts to children around the world every year on a sleigh. Although Santa Claus is loved and appreciated globally, few know his true identity, his story and the reason why he is often associated with one of the most important companies in the world: Coca-Cola. We will delve into the whole story of Santa Claus in this article.

Every year, during the Christmas season, children write their letter to be sent to one of the most famous characters of Christmas: Santa Claus. Similarly, cities and shop windows, as well as our homes are festively decorated and in addition to Christmas trees, nativity scenes and coloured lights, it is very common to find illustrations of Santa Claus everywhere. Although this character is so well known and loved all over the world, few really know his origins.

The origins and legends

Contrary to what one might think, Santa Claus is not the figment of the imagination or of some purely commercial strategy. In fact, its origins date back to a real historical figure: St. Nicholas of Bari, also known as St. Nicholas of Myra, a title given to him as he was bishop of the Hellenic city of Myra in Lycia (now Turkey) in the 4th century. From here derive the many variations of names attributed to him in the various countries of the world: Santa Claus, San Nicola, Sintaklaas, Sankt Nikolaus, which later also became known as Father Christmas.

We only have little certain news about the life of the Saint, but there are many legends that have been handed down over the centuries up to the present day. All these stories show Saint Nicholas as a prodigal benefactor who dedicated his life to helping and protecting many children and unmarried women in difficulty, leaving them gifts during the night and being careful not to reveal his identity. One of the best-known episodes in his life would testify to his aptitude for helping others: during his bishop’s mandate in Myra, Saint Nicholas met a noble family who had suddenly fallen into poverty. To improve the family economic situation, the father decided to turn his three daughters to prostitution. Once he became aware of this story, for three nights in a row he decided to leave near the window of the man’s house three sacks full of gold. These were used by the man as a dowry to get his daughters married, thus avoiding their sad destiny. According to another legend, the Saint was able to resurrect three children that an evil butcher had killed and put in salt to sell their meat. Following the spread of these legends, St. Nicholas has been associated by popular culture with the figure of an elderly bearer of gifts, thus becoming over the centuries the man to whom hundreds of thousands of children around the world write their own wish list letter every year.

As for the aesthetic aspect of Santa Claus, his first appearances date back to the illustrations of the mid-nineteenth century. However, until the 1930s, its image varied constantly, depending on the artist or the occasion in which it was drawn: often it was drawn as a small elf, other times it looked like a green goblin, or he was portrayed as a tall and thin man. Only starting from 1931, did the image of modern Santa Claus begin to spread; and the credit goes above all to a forward-looking marketing and communication strategy developed by one of the most famous companies in the world: The Coca-Cola Company.

At this point, what we can say with certainty is that the Santa Claus character was not invented by Coca-Cola. However, the Atlanta-based multinational doesn’t consistently get associated with Santa Claus by accident. In fact, the merit of the company was to have created and launched, through its advertising campaigns and an exceptional marketing strategy, the image of Santa Claus as we know it today.

It all began way back in December 1931, when the D’Arcy Advertising Agency, the advertising agency of The Coca-Cola Company at the time, commissioned the American illustrator Haddon Sundblom to design a new Santa Claus. The goal was to create a more friendly and nice human-looking character, who obviously wore the institutional colours: red and white. For the creation of his Santa Claus, the American artist was inspired by both the poem “Twas the Night Before Christmas” by Clement Clark More in which Santa Claus is described as a chubby, kind and reassuring man who brings joy and serenity; and to a real-life character: his neighbor Lou Prentiss, a retired American salesman.

From the Christmas season of 1931 to 1964, Sundblom produced a variety of drawings of his Santa Claus in almost every possible place and situation: while rummaging in the fridge of the houses he visited to refresh himself from the long and tiring journey; or while he reads the letters written by the children while enjoying a Coca-Cola; or even while he rests sitting in a comfortable armchair surrounded by the gifts that he will have to deliver. The genius of these advertising campaigns also lies in the slogans created ad hoc with the aim of strengthening the link between Santa Claus and the American soft-drink.

Advertisements created by Sundblom for Coca-Cola began to spread in magazines, billboards, posters, etc. and the character of Santa Claus began to be appreciated globally, becoming, over the years, a true icon of Christmas. Thanks to this synergy, consumers increasingly started to associate the American brand with the figure of Santa Claus, so much so that when, after Prentiss’s death, Sundblom decided to portray himself in the mirror to create new Santa Claus’ illustrations, consumers immediately noticed details such as the different belt buckle compared to the year before or the lack of a wedding ring on the finger and began to assail the Coca-Cola headquarters to ask for explanations. From that moment it was clear to everyone how the figure of Santa Claus was inextricably linked to Coca-Cola. A bond that has never been broken over the years, but on the contrary has strengthened more and more. In fact, the US company includes Santa Claus in all its promotional campaigns every year: from the classic TV spots to advertising posters, up to the organization of a real tour that takes Santa Claus to some of the most famous cities in the world.

In this article we have told you the true story of Santa Claus and we have shown you, that contrary to what many think, Santa Claus was not invented by The Coca-Cola Company. There is no doubt that the image of Santa Claus we know today was created by Coca-Cola and disseminated through the Atlanta-based company’s advertising campaigns. However, if popular culture hadn’t shown interest in this character and legends associated with St. Nicholas, it’s hard to believe Coca-Cola would have considered him. Beyond the credit of those who created the Santa Claus character, Coca-Cola’s success derives from the fact that it was able to create an indissoluble relationship with a character loved by the whole world and to emotionally tie its product to consumers by exploiting the magic of the Christmas atmosphere and the spirit of sharing, the joy and happiness that one experiences during the Christmas season.

Now all we have to do is ask you if you already knew the true story of Santa Claus (if yes, write it in the comments) and wish you a merry Christmas!

One thought on “Did Coca-Cola Invent Santa Claus?”