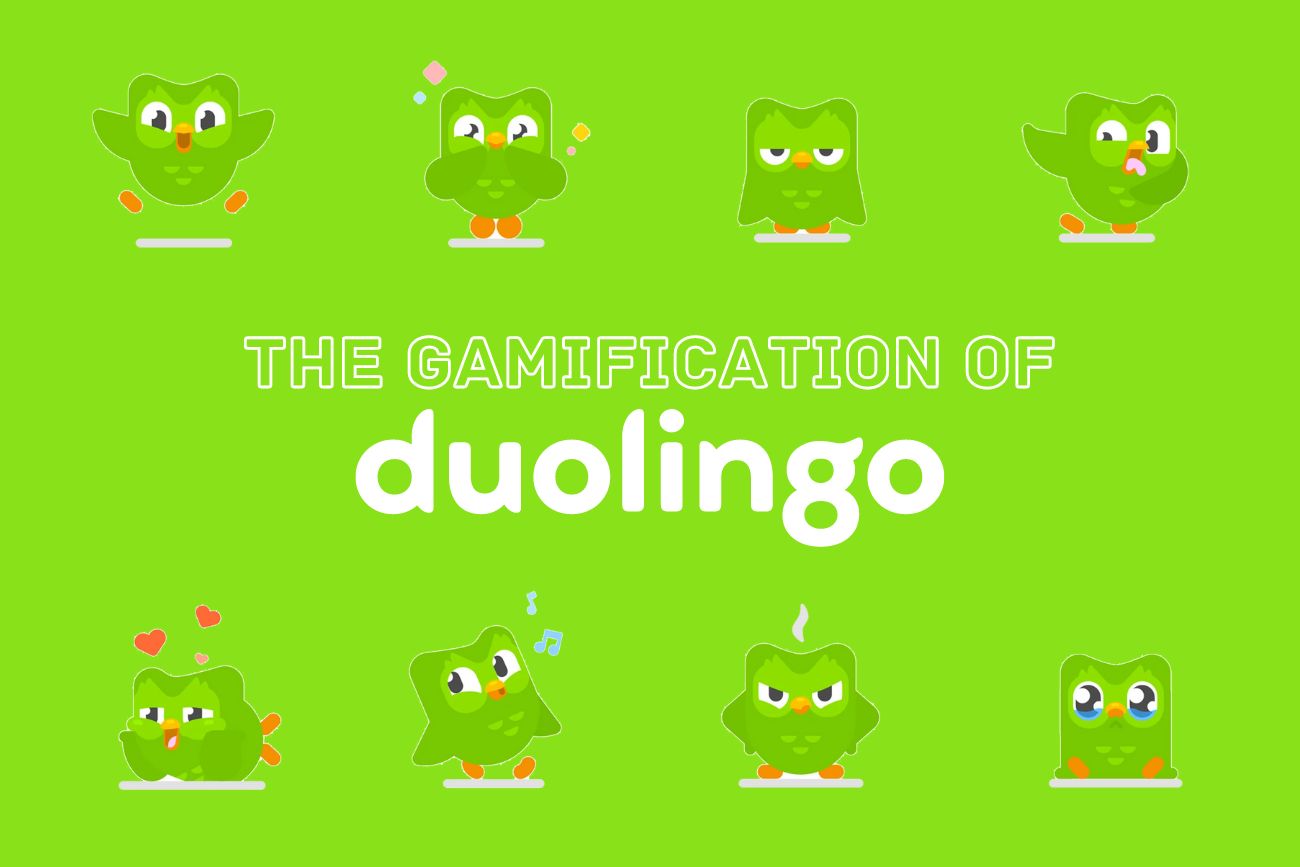 With 37 million active users per month in 2021, Duolingo is one of the most popular apps for learning a new language. The ingredients of its success are ease of use, the possibility to make progress even when we’re short on time and a good dose of gamification. In this article, we analyse what gamification is and how it has been used successfully by Duolingo.

Duolingo is probably one of the best-known apps for learning a language. Accessible from both desktop and app, Duolingo has a paid version and a free one, which however does not limit the actual learning process of the chosen language. And the choice is really wide: in addition to the more “popular” languages, normally studied at school, Duolingo also allows you to learn endangered languages – such as Navajo – and even languages that come from TV series – such as Dothraki and High Valyrian, both invented by the linguist David J. Peterson (but completely legitimate, with defined grammatical rules) for the TV series Game of Thrones.

But Duolingo owes its success not only to its wide offer. It has been able to perfectly combine learning and gamification, a rapidly growing trend. Let’s see what exactly gamification is and how Duolingo exploited it.

The term gamification refers to the use of gaming rules in other areas not necessarily related to recreational activities.

Applying the rules normally found in video games to different areas – such as levels, challenges, points or special advantages or badges – results in a significant increase in user engagement. Users feel more motivated to perform an action (even the most repetitive or boring), turning it into a habit – just like when our parents promised us rewards if we tidied up our room or helped with the housework. Gamification is based on the action-reward mechanism.

There’s more. Just as it happens during a game, users are motivated not to lose the advantages obtained and to commit to the game so that they can move to the next level, “challenging” friends or other users.

Learning a new language is a constant challenge, not only due to the intrinsic difficulties posed by the language itself but also because it requires time, perseverance and motivation – three elements not always available in people’s daily lives.

The creators of Duolingo have tackled this problem, devising a method to make learning a language easy, fast and fun, by exploiting the dynamics of gamification. Let’s see how.

Duolingo sends out several reminders to invite users to complete the lessons. Nothing new under the sun. However, it does so in an ironic and motivational way. While some users are certainly annoyed by receiving many notifications a day, others feel encouraged to open the app and actually enjoy Duo’s irreverent tone.

Duo is so famous for its notifications that it has even become a meme.

One of the golden rules of gamification is to track and celebrate the progress made. Duolingo does this in several ways.

Surely one of the most celebrated progresses that many users strive not to lose is the streak, that is, the number of consecutive days in which at least one lesson is completed. Although we can slightly cheat – as each user has two free “streak freezes”, thanks to which it is possible to skip two days of lessons while maintaining the streak (which is indeed frozen) – once we’re out of streak freezes, the streak is lost.

In addition to the streak, for every lesson and unit completed, the user earns experience points (XP) and gems, which can then be spent for recovering lives, buying a streak freeze or extra time for timed challenges.

The tone in which progress is celebrated is always very positive and the graphics are full of fun animations, with recurring characters. Progress and positive reinforcement lead users to feel like they are doing something important, encouraging them to keep using the platform.

The sense of owning something

When we feel like we own something, we feel the need to improve and take care of it. When it comes to Duolingo, each user has its own customizable profile which, as already mentioned, keeps track of all the progress made, with statistics on our performance.

Building this identity not only makes us more aware of what we are doing, of our commitment, but it also allows us to interact with other users. On Duolingo, too, we can follow other users, and congratulate them on the progress made. This point is closely related to the following.

Every social app leverages social influence, sometimes with negative effects, by creating false expectations and misleading messages. Duolingo, while not a social app per se, plays with the concept of social influence, stripping it of its possible negative messages. Through Duolingo, it is possible to share one’s progress but also invite one’s contacts to subscribe to the app and follow the progress of friends, celebrating the goals achieved with them.

In addition, Duolingo spices it all up with some healthy competition, employing a system of leader boards and leagues. This spurs users to challenge each other by completing lessons. The goal is to climb the leader board, enter the top 3 of the league and reach the most coveted one: the diamond league.

Duolingo not only promotes competition but also team play. For example, there are weekly group challenges, for which two users must work together towards a shared goal, i.e., completing 15 lessons in 4 days or achieving a correctness percentage of at least 90% in 10 lessons. If the group challenge is completed within the time frame, both users are rewarded. During the challenge, it is possible to encourage the other user to complete a few more lessons and give it a high five when the challenge is won.

The sense of impatience and curiosity

When we can’t get something right away, we are motivated to take action to shorten the timeframe as much as possible and get around any obstacle. This sense of impatience mixed with curiosity – which is quite common in people – perfectly matches the dynamics analysed so far.

Duolingo leverages this attitude further. For example, there are chests containing special prizes that the user can unlock by completing a lesson at a certain time of the day.

To promote the paid version of the app, Duolingo leverages the user’s curiosity to explore new and more complete features, as well as the sense of impatience to complete the course.

The success of Duolingo is certainly due to the ease of use, the quality of the courses, the exercises offered (writing, listening, pronunciation), the wide offer – it currently has 120 courses available – as well as the fact that the lessons are short and therefore, they can be completed even when you have little to no time.

But attracting users is not enough: you also need to know how to make them return (and stay). For a learning app, this is no small feat: how many of us set out with the best intentions to learn a language and then gave up at the first difficulties, lost interest or found ourselves not having time to devote to studying?

Duolingo has tried to address these problems by implementing gamification within its offer. Thanks to it, users feel motivated to keep learning and are rewarded for their progress. The sense of healthy competition and, at the same time, teamwork make users part of a real community and encourage them not to lose the progress they have made.

With 37 million active users per month in 2021, in my opinion Duolingo’s strategy is a winning one. What do you think? Are you a Duolingo fan? Do you appreciate gamification strategies? Could they really be the future of marketing?