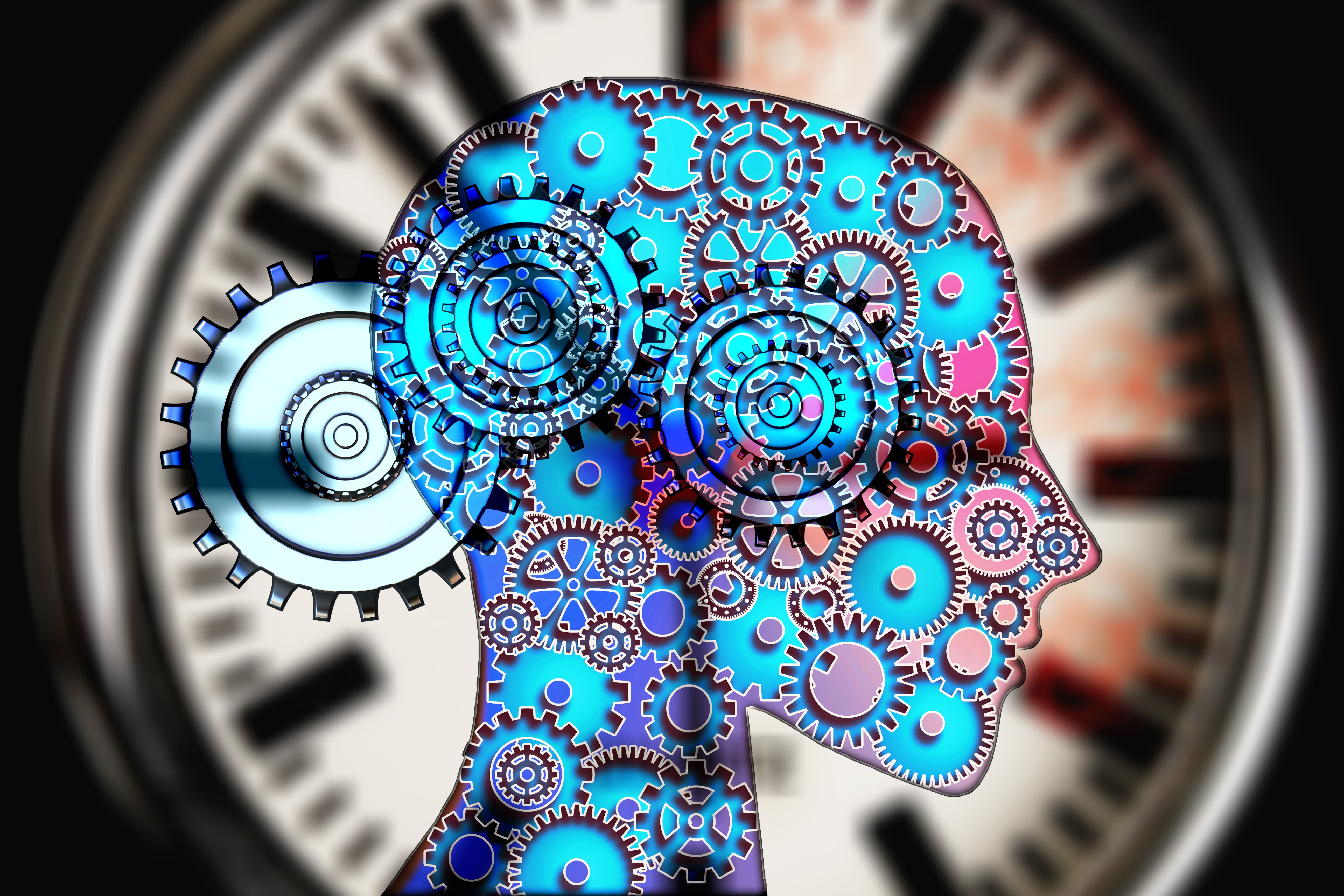 When psychology and marketing meet, they can give rise to innovative forms of communication that can capture the attention of consumers and increase brand awareness. Among the psychological movements that increasingly find application in marketing, communication and graphic design is the Gestalt theory. In this article we delve deeper into what the Gestalt is, how and why to apply it to your marketing and graphic design activities, as well as some successful application examples from international brands.

Psychology and marketing are two sciences that often meet and influence each other. Understanding the reason behind this match is simple: both are dedicated to the study of the mind and human behaviour. The link between marketing and psychology has become, over the years, even more solid as a result of the changes in consumer habits and needs, and in brand communication, which is increasingly oriented towards innovative forms of communication that can engage the target audience and increase brand awareness.

One of the psychological movements that has found a wide spectrum of applications in design, architecture, but above all in marketing and communication, is the Gestalt psychology – a theory focused on the study and understanding of the processes that regulate visual perception and the experience of reality.

Let’s see what are the roots and laws of the Gestalt, its main fields of application and some examples of successful application by internationally known brands.

What is the Gestalt psychology and what is it for?

The Gestalt – from the German “form” – psychology was born in Germany at the beginning of the twentieth century and has as its main spokespeople psychologists Max Wertheimer, Kurt Koffka and Wolfgang Köhler, who understood that our behaviour is influenced by the way in which reality is perceived, rather than for what it really is.

The Gestalt psychology focuses mainly on the way in which people organize and perceive the reality that surrounds them. When we observe the surrounding world, we do not perceive stimuli in isolation because our brain tends to collect – automatically and unconsciously – objects and elements that are similar to each other within already stored patterns that allow us to give sense and meaning to what is perceived. It follows that our ability to perceive an object is not based solely on how an image is focused by the retina, but on a complex organization that our nervous system carries out.

The main idea of this movement can therefore be summarized with the famous maxim “the whole is different from the sum of its parts”. According to the principles of the Gestalt psychology, the perception of an object cannot be limited to the single elements that compose it or to its shape, but is a process that includes the entire perceptual experience: an overall view of the parts that form a specific object and that have been organized according to precise laws by our brain.

Let’s see what are the main laws theorized by experts.

According to this law, individuals prefer whole and complete forms. Consequently, our mind tends to “fill” or automatically close the spaces that separate the different elements, so as to perceive a complete image. This explains the reason why in the following image we see two triangles, when in reality there is not even one.

Individuals have a tendency to perceive and collect elements that have similar characteristics including shape, colour or size within the same group. From this derives the fact that we tend to incorporate the white circles within one group and the black ones within the other.

Individuals tend to perceive images with multiple interpretations as two different images in an alternating and discontinuous manner. In fact, in the following image we see both a vase – in black – and two profiles – in white.

According to the law of common fate, individuals tend to perceive the elements that move in synchrony as a whole, separating them from the rest. In this case, the vertical lines are perceived in a single group and separated by the oblique line.

According to the principle of continuity (also known as the law of good continuation), our visual system tends to avoid sudden changes in direction and interruptions. This explains the reason why in the figure below, we perceive 1-2 and 3-4 as single lines, but not lines 1-3, 2-3, 1-4, 4-2.

The more the images are regular, symmetrical, homogeneous, balanced, simple, the more likely they are to impose themselves on our perception. In the following image, the perceived figures are two partially overlapping hexagons and not 3 asymmetrical figures placed on the same level since our mind prefers a perception that is as harmonious as possible.

Law of Past Experience

This last organizing principle tells us that individuals tend to recreate objects according to their knowledge and past experience. For example, in the picture below, only those familiar with the Latin alphabet will be able to see an E between the lines.

The Gestalt in marketing and communication

Starting from the awareness of how the environment and its elements influence our perception, the Gestalt provides us with the tools to create images or messages that can engage our target and increase brand awareness and recognition. Furthermore, marketers can exploit the laws listed above to “manipulate” the minds of consumers with an indirect approach, harnessing the power of the mind.

Advertising is certainly the field of application of the Gestalt theory that marketers prefer. The number of ads to which the average consumer is exposed to is growing exponentially every year and it is estimated that in 2021 each person will be exposed to about 6,000-10,000 advertisements daily. For this reason, marketers are always on the lookout for new effective communication techniques that take into account the way their message is perceived and impress the target audience, influencing their buying behaviour.

The sounds, colours and images chosen for a TV commercial or for an advertising campaign on social media are not random: each consumer tends to react to them according to age, emotional background, past experiences and level of education. These are well-established concepts within our brain which, not surprisingly, is the organ that guides our perception of reality.

Therefore, depending on the product or service we want to promote, we must take into consideration how these factors can influence our target audience so as to convey the right messages.

Let’s now see some examples of how international brands have incorporated Gestalt concepts into their advertisements.

In this Coca-Cola ad we find an example of the application of the law of proximity: without realizing it, our brain has grouped the bottles, perceiving them as a whole and not as individual stimuli. Consequently, at first, we do not perceive the individual bottles – strategically placed next to each other – but a broad smile.

What does this mean?

The consumer will tend to associate Coca-Cola with a smile, synonym of happiness and joy. This translates into a greater incentive to buy the product.

But this is not the only advertisement in which the producer of soft drinks has exploited the Gestalt principles to convey feelings of joy and sharing, such as dining with loved ones or kissing.

In this ad, Heinz, a US agri-food company, used the law of closure, that is the principle according to which we tend to fill and close the spaces that separate the different elements in order to perceive a single image. This explains the reason why, initially, we see a bottle of tomato sauce, while if we look more closely it becomes clear that the bottle is made up of tomato slices. In this way, the company wanted to communicate to consumers that its Ketchup is made with fresh tomatoes.

Nescafè exploited the classic sleep-caffeine association, by relying on the law of similarity between letters “N” and “Z”: the “Z” – usually used to represent the act of sleeping – wakes up by turning and transforming into an “N”, the initial letter of the brand. The graphics, accompanied by the pay-off “Nothing wakes you up as Nescafé”, portrays the idea of how coffee helps us fighting sleep and tiredness, giving us energy.

The Gestalt in logo design

The principles of the Gestalt have long been used and are still widely used by designers in the creation of logos as they allow the creation of original and captivating graphic projects, capable of stimulating engagement, attracting the attention of consumers and creating a stable memory in their mind. Let’s see some examples of famous logos that embody the laws of the Gestalt.

The WWF logo is a typical example of a logo that uses the law of closure: although the panda’s shape is not complete, we can perceive the animal in its entirety as our mind has closed and completed the white spaces.

The Pittsburgh Zoo has instead exploited the principle of multistable perception: the same image is perceived both as a tree and as the profiles of a gorilla and a lioness.

Finally, the Formula 1 logo uses the law of figure/ground: we perceive the “F” and the flag as figures and the number “1” as part of the background.

The Gestalt in web design

Understanding how the brain works and how we perceive reality is also very useful for web designers who want to design a successful and user-friendly website. To create a site, it is not enough to make it functional or attractive from a graphic point of view: usability and a good user experience must be ensured. The Gestalt helps us to understand which visual elements are most effective in a given position so as to influence perception, attention and cause behavioural changes in users.

For example, ebay, the online sales and auction site, has exploited the principle of similarity: the use of the same background colour or the same colour and font for the texts, helps the user to classify within the same group, elements and categories different from each other – such as shop organization, shop outdoor storage and start selling.

In its e-commerce, Adidas has instead used the law of continuity: placing shoes in well-aligned rows allows our eyes to follow an established path that goes from left to right. This left-to-right eye movement is also due to the fact that all shoes point in the same direction. Furthermore, the principles of similarity and proximity guide us line by line, grouping the different shoe models within the same set of interrelated products.

Although the Gestalt is a purely psychological theory, it has found wide applications among marketing, communication and graphics experts, providing them with the tools to understand how the public visually interprets the stimuli to which it is subjected.

The strength of the Gestalt lies in its ability to provide support when creating engaging content that stimulates the attention of our audience, inspiring action based on how users’ brains perceive information.

Were you aware of how the Gestalt theory can be applied to all marketing and graphic design activities? Will you put it into practice for your next projects? Let us know what you think in the comments and contact us to find out about our marketing, communication and graphic design services.