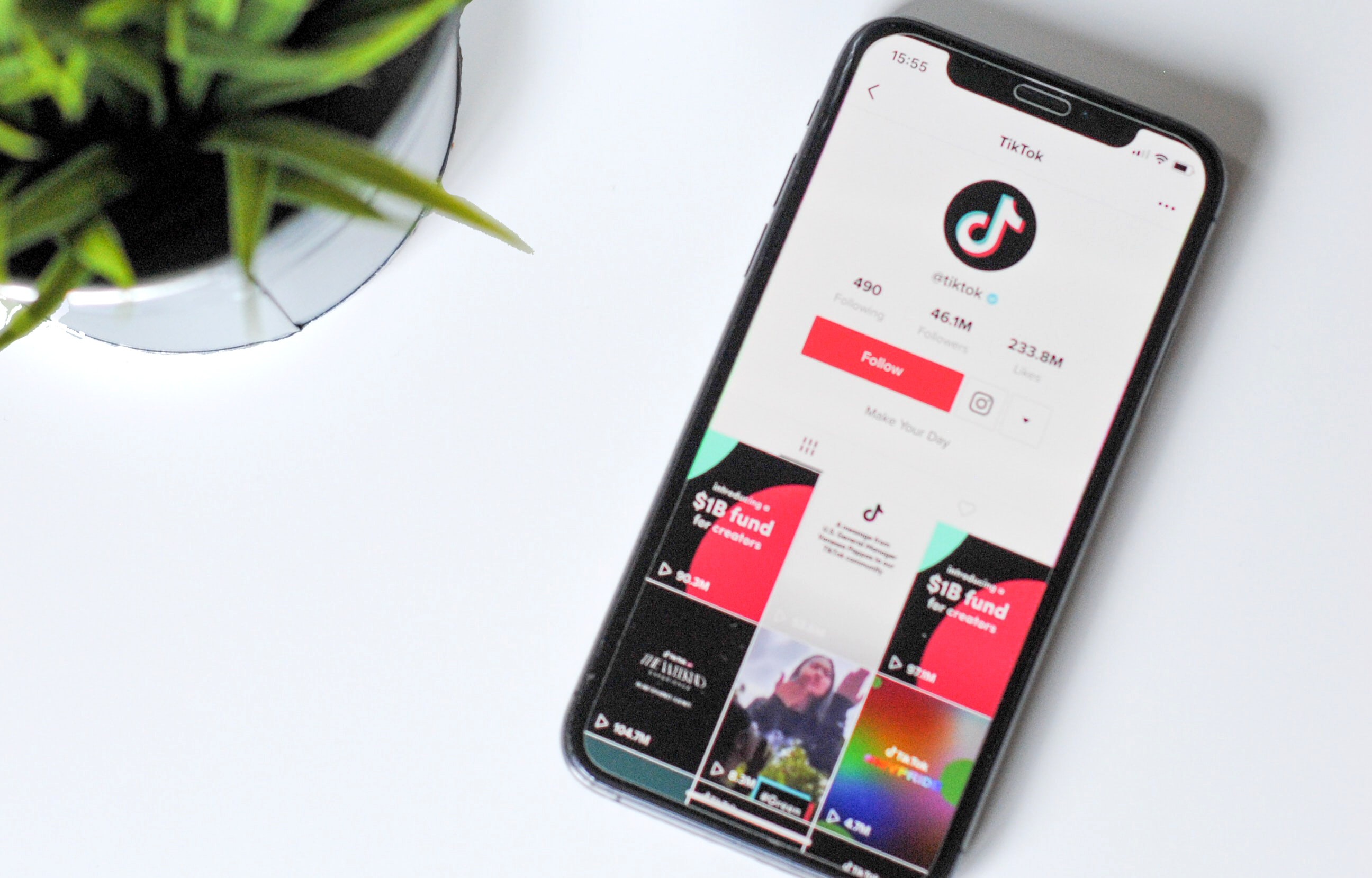 TikTok is certainly the social phenomenon of the moment: in just a few years it has been able to carve out a place of honour among the most used and appreciated social networks, perhaps precisely because of its ability to bring together the most creative minds, launch original formats and set trends. But how exactly does TikTok work? What can be done on this platform and how can it be exploited by brands to promote themselves? In this article, we have tried to sum up the key factors that make for TikTok’s success, also looking at the future (rather uncertain on some fronts) of this app.

Social networks have carved out more and more space in our lives until they’ve become an integral part of the daily life of many people: whether it is for work or for pleasure, a large part of the world population spends an average of 144 minutes a day on social media.

Facebook, Instagram, Twitter, Snapchat, LinkedIn, TikTok – there really is something for all tastes and users. The world of social media, as well as the web itself, is constantly evolving and each of these platforms has had, or is having, its moment of popularity. For example, Facebook, the forerunner of social networks as we know them today, has lost its appeal towards younger generations, even if it remains the most used platform globally. The younger generations have instead landed on TikTok which, in a short time, has climbed the charts of the most used apps, reaching over 800 million active users worldwide and more than 1.5 billion downloads.

But how exactly does TikTok work and what business opportunities does it offer? Let’s find out.

Founded in 2015 in China by Alex Zhu and Luyu Yang with the name Musical.ly, the social platform was acquired 3 years later by ByteDance, a company owned by Chinese entrepreneur Zhang Yiming, that officially changed its name to TikTok.

TikTok is a free mobile application that allows you to record short videos (15-60 seconds) through which users can dub, sing, talk, dance or perform with any background music, integrating images, stickers, filters and any kind of effect that can make the video more interesting. In short, it is a platform created with the aim of offering users from all over the world the opportunity to give vent to their creativity and imagination. And perhaps it is precisely the brevity of the videos that made TikTokers famous for their ability to showcase their creative talent in a matter of seconds: the platform’s payoff is in fact “Make every second count“.

TikTok is particularly popular within Generation Z: 41% of users are aged between 16 and 24. Although, with the increase in popularity of the platform, in the last period we are witnessing an expansion of the demographic pool of users, which now includes representatives of almost all generations.

What can be done on TikTok

As previously written, TikTok is undoubtedly a platform that allows the free rein of users’ creativity, who share new and different content every day. However, there are some formats that have helped make TikTok and its content famous, even outside the platform.

Among these there are the challenges among users regarding any topic, event or trend of the moment. The list of examples is truly endless but to name one just think of the #CultureDanceChallenge, which went viral to the point that the original song was then digitally distributed and jumped to the top of the charts in the version sung by Jason Derulo.

Another very popular format is Lip Sync, that is the synchronized movement of the lips with a song or audio.

Last but not least, duets, a format strongly pushed by TikTok to promote interaction, allows users to interact and respond to the author of the original video with an additional video: for example, a user can shoot a video while singing a verse of a song and invite others to sing the following lyrics, creating a virtual duet.

To end up in the For You section, and therefore aim at going viral, you certainly need a good dose of creativity and originality, so as to favour a high number of comments and shares, as well as some expedients, such as the use of specific hashtags in the description of the video.

Through the account settings, TikTok also allows to select the languages of the content we would like to view. In this way, by selecting Spanish for example, we will have more chances that in the For You section there will also be content in this language.

Promoting brand and products on TikTok

Nowadays social networks play a fundamental role in corporate communication strategies, as through them it is possible to break down the communication barriers that we would find in other more formal contexts. This allows brands to make themselves known more easily, building a relationship with their customers and increase sales. In addition to organic posts, which on TikTok require more than ever a high degree of creativity, more and more companies rely on paid advertising, through which it is possible to target a specific audience.

After an initial trial, at the beginning of 2019 TikTok also provided the opportunity to advertise on its platform, launching TikTok for business.

Although TikTok has a really young target, and therefore perhaps less heterogeneous than other social networks, at the moment it is certainly less saturated in terms of advertising than platforms like Facebook and Instagram. So, if our target actually falls within the one present in large majority on TikTok, combining paid advertising with organic posts could prove to be an effective strategy to promote our brand and our products.

The available formats are many:

At the time of writing, the active users on TikTok are over 800 million worldwide. Among them there are celebrities, as usual, and native TikTok influencers.

Currently, the most followed account in the world is that of Charli D’amelio, a sixteen-year-old American who, with over 80 million followers, is considered the undisputed queen of TikTok. At second place we find Addison Rae, with over 50 million followers. The third step of the podium is occupied by Zach King already popular on YouTube and Vine who, with over 40 million followers, wins the bronze medal thanks to his short “magical” videos that are the result of such perfect editing that makes the content look real.

So, even on TikTok, as it happens on other platforms, the collaboration between brands and influencers for the promotion of hashtag challenges or specific products should not be underestimated.

The future of TikTok

While it is true that it is impossible to predict what will come, it is equally true that the history of TikTok is still being written.

After the ban of the app in India, the President of the United States Donald Trump has also announced that he wants to take a similar action, in what is now a long-standing tug-of-war between the US and China on technology and security.

In fact, at the beginning of August, Trump signed an executive order that would ban TikTok if, within 45 days of signing, ByteDance doesn’t find an American buyer.

As CNN reports, while India’s ban was triggered by a military conflict and followed nationalistic public appeals for a boycott of Chinese products, Trump’s order – citing security threats that experts say are largely theoretical or indirect – did not have the same wave of support from the Americans: the news of the ban prompted many US Tiktokers to look for an alternative in order not to lose all followers.

Instagram came to their rescue launching, first in India and then globally, Reels, a new function that looks a lot like TikTok in terms of formats and options available.

The app ban in India meant the instant loss of millions of users (India was the second country in terms of active users after China) and revenue. Not to mention that ByteDance counts 2000 employees in India.

TikTok sued the Trump administration following the executive order in early August, while establishing an information hub to “fight disinformation and set the record straight”.

At midnight on September 28, the date on which the downloads of the app in the country should have been blocked, Judge Carl J. Nichols of the Federal Court of Columbia issued a preliminary injunction that temporarily suspends the ban, thus allowing US users to continue downloading the app.

Although there are rumors of an agreement between ByteDance, Oracle and Walmart to create TikTokGlobal, there is still nothing certain and on November 12 the platform should no longer be available for American users.

The game is therefore still open. What is clear is that TikTok is the phenomenon of the social landscape of recent years and certainly its path has not yet ended.

What do you think of the TikTok phenomenon? Do you think it is going to sell out soon or does it still have surprises in store? Do you think your company could effectively promote itself on the app? Tell us in the comments 👇 and contact us to learn about our marketing and communication consulting services.

2 thoughts on “TikTok: What is it, how it works and how to use it for business”