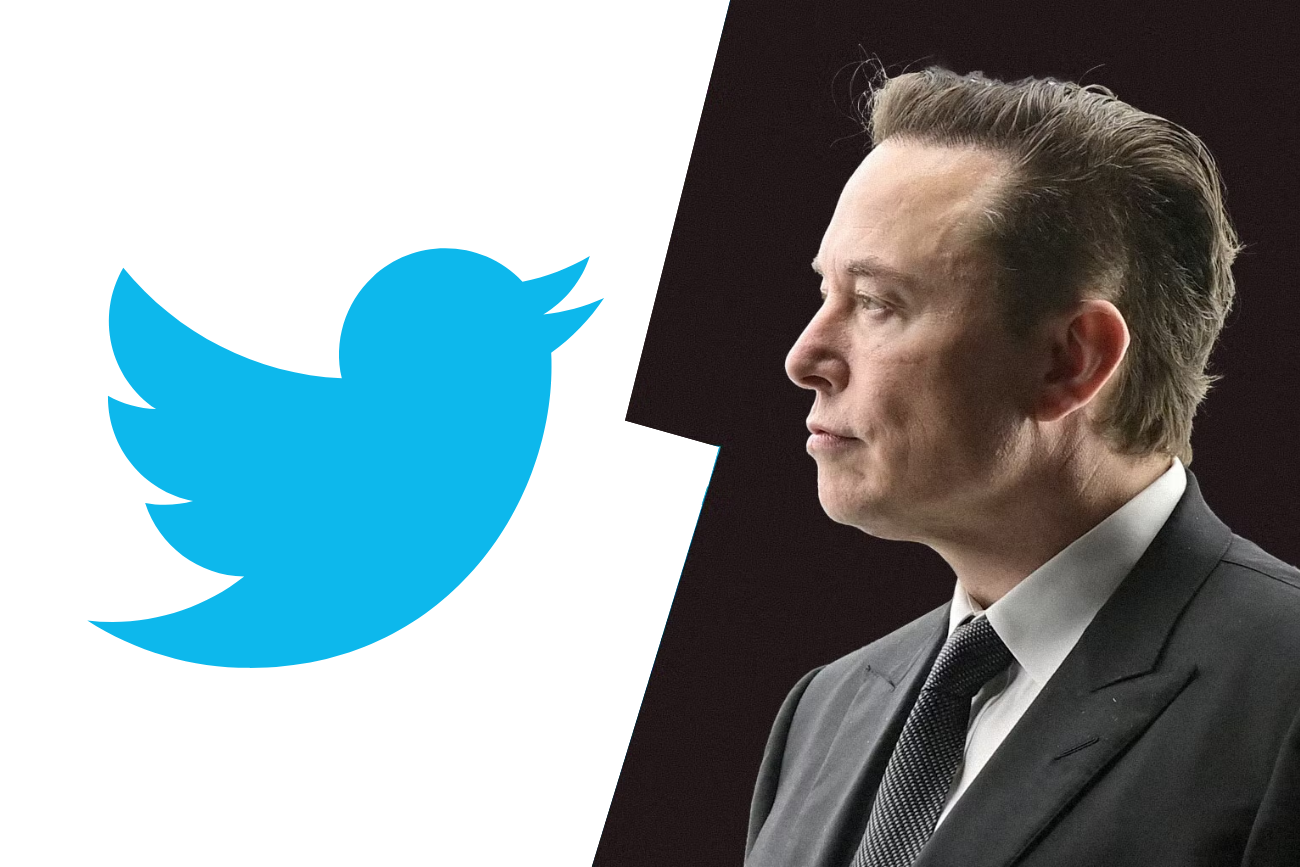 After months of negotiations, Elon Musk has finally completed the acquisition of Twitter. A few weeks after the end of the negotiation, the US entrepreneur implemented a series of changes – highly criticized by many – which are revolutionizing not only the social network but also the company’s organization. Let’s delve into the whole story in the following article (UPDATING).

On October 27, 2022, Elon Musk announced that he had officially closed the acquisition of Twitter after months of contentious negotiation. Last April, the owner of Tesla had committed to the purchase of Twitter for 44 billion dollars, but shortly after he changed his mind and tried to cancel the deal (without paying the penalty of $ 1 billion) as he claimed that the Twitter board had not fulfilled its contractual obligations and had provided false and misleading information.

More precisely, Musk asked the Twitter board to provide more information on the number of fake and spam accounts active on the platform. A percentage which, according to official Twitter documents, would amount to about 5% of the total active accounts. However, the board declined to show evidence of that data. For this reason, Musk announced that there would no longer be sufficient conditions to proceed with the acquisition of the platform and declared his intention to close the deal, justifying that the reason for this turnabout is due precisely to the incorrect behaviour of Twitter.

A legal battle that lasted several months begun: Twitter filed a lawsuit against Musk in the Delaware court to force him to buy the social network and complete his $ 44 billion investment. Facing the court, Twitter claimed that the Tesla CEO first signed the Twitter acquisition agreement then used the spam accounts issue to renege on his commitments. The uncertainty regarding the future of Twitter has had a strong impact on the social network: the performances obtained by the platform in the second quarter of the year have been more disappointing than in the past and advertisers have reduced their budget as they are concerned not only of the economic conditions but also of the new management of Twitter. Elon Musk had, in fact, declared himself openly against advertising and intended to weaken controls on posted content. Balenciaga was the first to swiftly take action: it delated its Twitter account and suspended any advertising budget on the platform. An action which in recent weeks has been carried out by many other brands and public figures, who would like to maintain a policy against fake news, hate speech, conspiracy tweets, etc. as they are concerned that their image may be associated with such contents.

However, on the day of the acquisition of Twitter, Musk declared that: “Twitter obviously cannot become a free-for-all hellscape, where anything can be said with no consequences! In addition to adhering to the laws of the land, our platform must be warm and welcoming to all, where you can choose your desired experience according to your preferences, just as you can choose, for example, to see movies or play video games ranging from all ages to mature”.

But let’s go back to the process. Originally scheduled for October 17, 2022 in the Delaware court, the lawsuit involving Twitter’s board of directors and Elon Musk was suspended in early October at Musk’s request. The magistrates have given the Tesla patron ten days (until October 28) to close the transaction. On October 27, Elon Musk closed the deal for the original price of $ 44 billion.

On the same day, Musk declared his will to “free the bird” and create a platform, in his opinion, more democratic and accessible to all – even to Donald Trump, who was previously banned from the social network after some tweets that seemed to legitimize the assault on Capitol Hill.

A few days after Musk took office, news of incoming layoffs leaked to the US media. The staff cut affected one out of two employees, basically 3,700 out of 7,500 employees, divided into various business areas, including those that manage content moderation on the platform.

The company defended itself by publishing a press release in which it argued that the reason for the staff cut is “unfortunately necessary to ensure the company’s success in the future”.

The way in which the dismissal was communicated is also the subject of strong criticism against Musk: employees have allegedly received news about their layoff via email. Those who lost their job have apparently received a notification in their personal inbox, while those who were not dismissed received a notification via their company email. On November 4, the day after the email was sent, the company decided to close the office for an entire day and deactivate everyone’s access badge in order to curb protests. Protests, however, were not long in coming: appealing to the federal court in San Francisco, a group of former employees filed a lawsuit against the company claiming they hadn’t received the 60-day notice required by the federal law on dismissal.

However, the US newspaper The Washington Post announced on November 18 that the “survivors” in the company are not happy and satisfied with having kept their jobs. In fact, at least 1000 employees have voluntarily decided to resign following an ultimatum from Twitter’s management. To recover from the Twitter acquisition costs, Musk allegedly asked workers to decide in 24 hours if they were willing to work with high intensity, for a large and unspecified number of hours and without expecting promotions. Otherwise, they would have had to leave the company, receiving a pay-out equal to three months’ salary. Musk certainly expected a number of workers to leave the company, but not that many. Among those who have decided to leave the company and look for a job with better opportunities and guarantees, there is a very high percentage of computer engineers who worked in Twitter’s essential services and were involved in intercepting fake news and accounts. With staff cuts and the high number of resignations, problems relating to the security of the platform are around the corner. According to one employee, Twitter would have less than a week to live.

Meanwhile Elon Musk, on the one hand, has closed the company offices again and deactivated the access badges of all employees for fear of sabotage; on the other, he continues to publish memes to defuse this situation.

Meanwhile, users are also voicing their concern about the future of Twitter, with different hashtags including #RIPTwitter and #TwitterOFF.

New management choices have brought Twitter into total chaos. The lack of engineers dedicated to supervising and moderating content meant that many fake accounts were created within hours. This problem also affects Twitter Blue, the monthly subscription service that offers users exclusive access to premium features (i.e., the ability to customize the app icon and account theme, activate reading mode or create folders of saved items from the profile, as well as early access to trial features, such as editing tweets). A few days after his arrival, Musk decided to offer all Twitter Blue users the verified user badge, which until then was reserved only to famous brands and personalities, whose identity was verified by the platform after a specific process.

Within a few hours, many users used this badge to impersonate the identities of companies and famous people and spread disinformation. Among the first victims of this mechanism are Eli Lilly, a pharmaceutical company that announced free insulin for everyone, and Lockheed Martin, a defense company that proclaimed a stop of the sales of arms to the United States, Israel and Saudi Arabia for the violation of human rights.

To remedy the problem, the company had to completely suspend the Twitter Blue service, not offering any type of premium service to users who had paid the monthly subscription of $7.99. Now, without knowing what the future of Twitter and the Twitter Blue service will be, the company has announced that the verified badge will not be available for newly created accounts, which will have to wait 90 days before requesting verification that guarantees the authenticity of the identity. For new developments, we just have to wait until November 29, the day when Musk will communicate the new features.

Predicting the future of Twitter is impossible. The situation is very delicate and keeps changing rapidly. What we can be sure of is that, right now, in the eyes of advertisers and of users, the new management is crushing the authority and credibility that Twitter had built over the years. We’ll just have to wait and see how the situation develops.

What do you think will be the future of Twitter? Will it be able to survive the Musk revolution or, as one employee stated, will it sink soon? Let us know your opinion in the comments.